Afterword by karl kempton. An explanation (for our erratic behaviour)

This visual-text-art-blog-anthology contains visual poetry, minimalist poetry, book art, mail art, word painting, contemporary calligraphy, word sculpture, visual-text-centered collage, visual-text-centered photography, mathematical poetry and other kindred expressions with a deep history back to rock art. The blog is a kind of "second volume" of illustrations for my book a history of visual text art (Apple Pie Editions 2018). A download of this book is publicly available from here.


Work in this selection can be traced through various pathways back into the deepest history. The oldest surviving visual art communications from the past are found in rock petroglyph and pictograph art. I suspect older visual communication art existed on materials unable to survive destructive environmental conditions. Human ancestors’ aesthetic moments found in tool making in many instances predate by hundreds of thousands of years the earliest known rock art forms uncovered in Southern Africa dating 72,000 years ago. Globally, rock art forms traveled onto portable objects such as wood, hide and leaf before gracing pottery and other objects and later velum and paper. Some evolved into ideograms, hieroglyphs and others eventually script. This part of their journey has only begun to be recorded and discussed by researchers uncovering symbols transcribed, pecked or painted 15,000 and more years ago on cave walls miles distant from one another. There are distinct Neanderthal symbol possibilities as well further lengthening symbolic art’s age.

Some cultures take for granted, as seen in their cosmologies, the material world born from a word. In such understandings, layers from the most subtle resonance descend into grosser layers of distinct sound densities until they form the world we daily experience. This may be summed as “from phoneme to phenomena.” Some hold each individual a letter in a book already written by the primary scribe of the speaker of the creative word. Others experience that the scribe writing the book causes movement and thus time. These and others developed sacred — esoteric — teachings about the letters or glyph forms of the language associated with the undefinable being. Latin and Cyrillic alphabet lores have no such understandings. That their lore did not harbor the Mother tongue of its holy deity formed a structural weakness allowing the near fatal assault by the printing press on their calligraphy. Eastward, Semitic and Asian calligraphies survived and continue to flourish in new cross fertilizations of old traditions mixing with new materials and ideas. The exception may be China having been conquered by Western materialism that (one might argue) led indirectly to the extremism of the Red Guard’s activities. Out of this cultural destruction, the blend of the surviving old into the emerging new, remains a work in progress.


Among developments influencing visual text art at this moment is the Islamic Science of Letters informing its Sufi influenced word and seer painters. The Islamic Science of Letters has deep roots from the past spreading across vast regions from India, north along the Silk Road from China, pre-Islamic Persia, Byzantium, Egypt, Greece and across North Africa to Spain. The influence of Sufi influenced word painters remains ignored by most writers discussing European, North and South American, Japanese and Australian visual poetics and other visual text arts. "Visual Poetry", coined in 1965, evolved from several pathways. One such pathway runs from the French Lettrist development of hypergraphics, a hybrid of French, Arabic and Persian word painters. Another group of word painters, the Art Informel, wider in its international membership, included one of the Lettrist Persian word painters. This group welcomed the Tunisian, Nja Mahdaoui, who has become a major figure in visual text art (he is in fact the first artist featured in the timeline of my Co-Editor Philip Davenport's DARK WOULD anthology, virtual volume, 2013). Among Nja Mahdaoui's many genres, his series of Calligrammes (and graphemes )lifted a type begun by Apollinaire into unexpected and unparalleled achievement (http://www.nja-mahdaoui.com/artwork-category/parchment/) His is one example of many significant Islamic word painters ignored by concrete and visual poets in need of eye opening. Other pathways were cleared by disgruntled and disillusioned concrete poets and post-concrete individuals world-wide breaking the imposed barriers who fused poetic text and gestures with other arts.

While concrete poetry has its story of its own roots — Mallarmé, the concept of a pictorial not phonetic Chinese ideogram, the Italian Futurists, the Russian avant-guard, Apollinaire and his calligrammes — they either overlooked, ignored or consciously tried to erase individuals, groups, word painting and other types of visual text art. Many are those I call missing-in-action. Henri-Martin Barzun influenced Apollinaire and the Italian Futurists. From the New York Stieglitz Circle came America’s first painted words, visual poetry and painted and drawn iconographic text art before WW1 and before Apollinaire’s calligrammes. Individuals continued providing important works until the death of Georgia O’Keefe. Many word painters created significant works between the world wars that still outshine many concrete or visual poetry works. There is much more.

Socrates: Some god or divine man, who in the Egyptian legend is said to have been Theuth, observing that the human voice was infinite, first distinguished in this infinity a certain number of vowels, and then other letters which had sound, but were not pure vowels (i.e., the semivowels); these too exist in a definite number; and lastly, he distinguished a third class of letters which we now call mutes, without voice and without sound, and divided these, and likewise the two other classes of vowels and semivowels, into the individual sounds, told the number of them, and gave to each and all of them the name of letters; and observing that none of us could learn any one of them and not learn them all, and in consideration of this common bond which in a manner united them, he assigned to them all a single art, and this he called the art of grammar or letters.
Philebus (18), Plato
http://classics.mit.edu/Plato/philebus.html

Similarly, as it seems to me, the wise of Egypt - whether in precise knowledge or by a prompting of nature - indicated the truth where, in their effort towards philosophical statement, they left aside the writing-forms that take in the detail of words and sentences - those characters that represent sounds and convey the propositions of reasoning - and drew pictures instead, engraving in the temple- inscriptions a separate image for every separate item: thus they exhibited the mode in which the Supreme goes forth.
The Six Enneads, Plotinus (V.8.6)
http://sacred-texts.com/cla/plotenn/enn483.htm

Worldwide, indigenous and colonized artists picked up western art materials and forms and merging their own historical pathways of creative visual text or visual iconographics, created groups paralleling the Islamic word painters. Instead of text, however, iconographic forms rooted in their deep past moved onto canvas. One such evolution began in the early 1900s in New Mexico out of which developed a distinctive First Peoples’ iconographic art later to evolve into Abstract Symbolism and other defined types. American First Peoples’ iconographic art quickly spread throughout America and Canada forming many styles geographically rooted into local traditional visual symbol vocabularies.

An ignored example of back and forth influence between First People iconographic artists was with visiting and relocated individuals from the Stieglitz Circle and members of the Transcendental Group. The Transcendental Group was founded in 1938 in Santa Fe and disbanded in1942 because of the war. At times some of them painted within the visual text art frame. Before this moment, several First People artists from different nations had added to their pallets what learned from their New Mexico area counterparts; this laid the foundation of the above-mentioned approaches.

Raymond Jonson of the Transcendental Group became a faculty member of the University of New Mexico. Jonson had been a student of an exiled Russian Futurist while living in Chicago before moving to Santa Fe. (https://eye-of-the-artist.tumblr.com/post/48277336080/raymond-jonson-variation-on-rhythm-e-33x29, http://www.michaelrosenfeldart.com/artists/raymond-jonson-1891-1982/selected-works/1 )

During his tenure after the WW2 he taught classes attended by See Ru (Joe H. Herrera), a iconographic painter, who coined the term abstract symbolism. To expand his visual lexicon he traveled extensively throughout New Mexico and Arizona studying ancient rock art panels, pottery and other art. This is one of many examples of far flung pathways of visual text art mixing with indigenous iconographic traditions, forming something new. But. This new in the States is so bright, to this day it remains unseen by both the mainstream and avant-garde. Gilbert Atencio’s works are presented on the web more so than Herrera’s whose works are available in books. Since I have no direct contact with any contemporary icongraphic painters, my appreciation and studies have been through available web and book publications. Thus, a few links for Gilbert Atencio and Helen Hardin suggest the available wealth for the interested.

Polar opposites frequent Islamic calligraphy, deep in its Science of Letters, pregnant with hidden meanings in which the many iconographic levels are known only by initiates. Sufi-influenced calligraphy manipulates and counterpoints these polarities, enhancing tensions in order to fine-tune the multilayered beauty of the final expression that a hidden energy of an essence or energies of veiled essences may be uncovered or suggested. Some polarities specific to calligraphy, text arts, and the transformative and symbolic meanings of letters, their particles, and words mainly imprinted by Ibn ‘Arabī are straight and curved, thick and thin, descending and ascending, horizontal and vertical, sayable and unsayable (except through symbolic allusion), contraction and expansion, extinction and permanence, union and separation, outwardness and inwardness, proximity and distance, absolute and conditional, projection and reception, speech as writing in air and the penned word, subtle and corse, drunkenness and sobriety (spiritual states), physical and metaphysical, obscure and luminous, micro and macro, manifested and unmanifested, attribute and no attribute, and veiled and unveiled. Speech is considered writing in air. Writing with ink signifies letters entering into manifestation (about which volumes have been written). The calligraphers and visual text artists of the past and present diligently practiced to master these and other components.

(Extract from “The Science of Letters,” A History of Visual Text Art by karl kempton)

Among the divisive coinages left over from European hegemony is the term "oriental' for nations east of it. An irony may be found here. “Occidental” alphabets have been reduced to dead material that their visual text artists have to manipulate to resuscitate. Those "oriented" such that their alphabet letters remain alive within their traditions simply maintain this life form, rooted in beauty’s way. This can be said too of indigenous iconographic painters rendering their unique beauty. To give one example, who stands for many here: the word painter Chaled Res intends to create a universal language experience. Through artistic philosophical thinking, through the culture of the eye, through sources of meditations reflected from private moments, and through the play of colors, shapes, and letters, he expresses his sense of the full impact of the technical and sacred to realize, to actualize, art that comes from within the privacy of self. He, from an individual specific moment, expresses the universal.

With these words, we see. 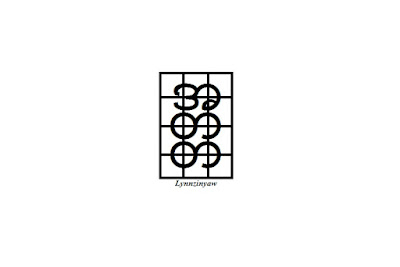 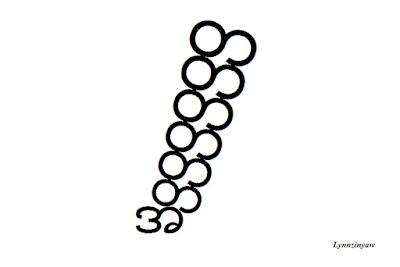 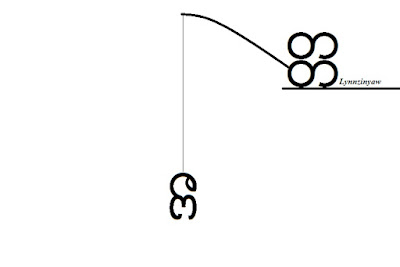 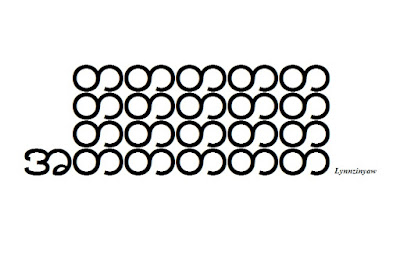