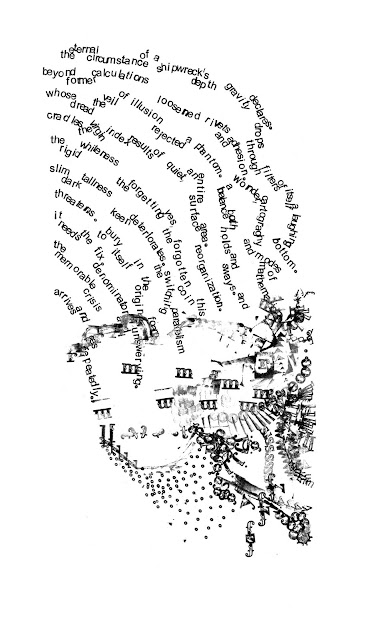 We are we. The end of personhood fast approaches, predicted in the writings of the Frankfurt School and more recently mapped out by digital rights activists and Shoshana Zuboff in ‘The Age of Surveillance Capitalism’; everything is known – the digital model of you will know you better than your family, than you know yourself. You won’t be sure that your opinions are your own or be able to trust your own judgement. Your behaviour will be engineered towards the most profitable outcomes. The final systemic loss of humanity will be the AI breakthrough into creativity. When machine intelligence conquers this uniquely human realm, the march to monetarise your consciousness is complete. Companies like Google, Amazon and Facebook aim to automate creation and reception. The hegemonic colonisation of consciousness manipulates the authentic reader to irrelevance and makes the writer redundant; what space is left? How will resistance be possible? Only the declaration of poetry as thoughtcrime offers a resistant literary space. We are we to create a praxis that can only be tamped down after its facticity has manifest a change of moment unpredictable to digital simulation. The poem has to become uniquely outside the poet’s own data set, the poem becomes the thoughtcrime. Art has always laid claim to a capacity to change perception, however, now rather than Poetry ‘making it new’, it has first to make the writer new. We are we / we are / we

we smarted / inside these delicate circles, the / nettles of soviet england, of / isolation in its purest state, where / diamonds, insects, walk like tyrants